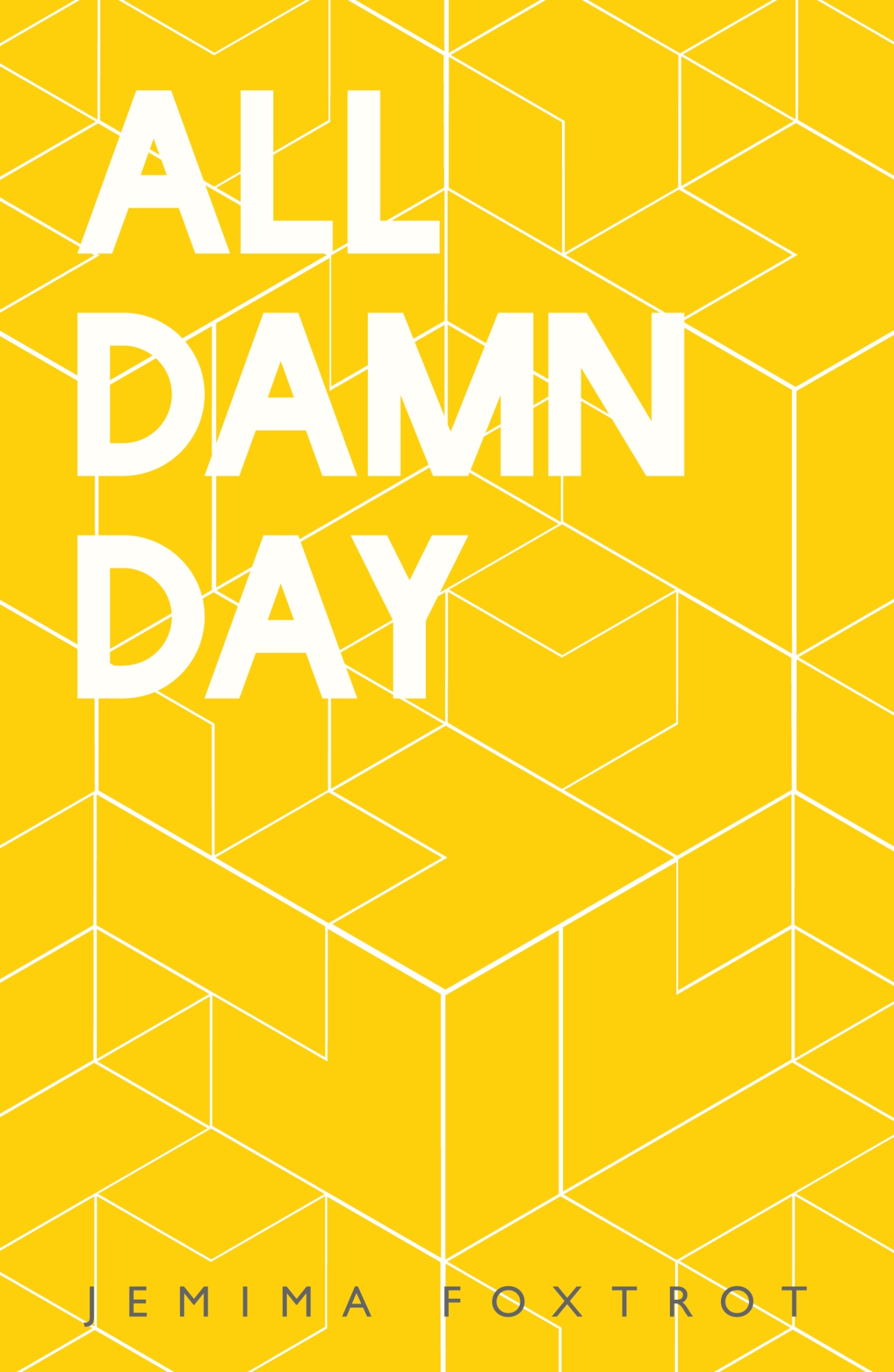 On reading or hearing Jemima Foxtrot‘s poetic work I’ve always been reminded of a modern-day Just Kids by Patti Smith. It’s the colours and movement and the simple turns of conversation and behaviours that are recorded in such a way that you are always beside her – just one of the gang. During live performances, Jemima sings snippets of her favourite tunes and brings us even closer to the moments she is describing. She’s definitely the kind of poet you’d want to run away to the seaside with.

#AllDamnDay is Jemima’s first collection of poetry, this year she has been touring her spoken word show Melody which won the spoken word award at Buxton Fringe Festival and won critical acclaim at the Edinburgh Fringe. Tonight, she is in London ready to launch the book in Peckham with a band of brilliant upcoming poets (Details here) but before that, we had a chat with Jemima about the new book:

Jemima, congratulations on your first poetry collection! You’ve been performing poetry for some time now, how was your journey up to this point?

It’s been wonderful. I love to perform and to have the constant pressure to be creating new and exciting (and hopefully improving) material. I prefer performing poetry to acting as I enjoy writing work for performance so much.  I’ve been really lucky and I’m really grateful to everybody who has supported me and helped me on my way especially to Luke Wright who has championed me since the day we met. I really love travelling around with my work and meeting new people: I still get overwhelmed and excited when I get hotels paid for and free food and booze! I make very little money so everything feels like a treat!

Anyone that has seen you perform know that you incorporate snippets from your favourite songs – this aspect is not featured in the collection for copy-write reasons – do you think that the poems represent something different without them?

I think they do, yes. I really like the effect that hearing a snippet of a well-known song can have on an audience member, each person brings their own set of associations to each lyric and melody and in the collection, so I suppose that’s somewhat lost. On the other hand, I’ve tried my best to replicate the sense and the feeling of the lyrics with my own words, so hopefully that should remain the same. I suppose that in losing some of the well-known lyrics the poems become even more personal, they speak more exclusively for me now.

The collection is unique, your poems have no titles but they do have dedications – what was your motivation for this?

Because of the semi-confessional nature of many of the poems in the collection and the way that it’s arranged in snippets of day, I thought that a lack of titles made the poems seem more urgent, more like diary entries, small snapshots of a life. For similar reasons I wanted to include dedications, so much of my writing over the years has sprung from the interactions I have with people and I liked the idea of dedicating poems to them, partly because they deserve it, mainly because I liked the idea of the poems being rooted in the real world, to tell the reader that so many of these poems were inspired by or written for real people.

The collection features many poems for the city-dwelling 20-something woman, what advice do you have for someone like this wanting to get into poetry?

Read poetry and find friends you can talk about it with. Also live a full and varied life and be observant of it, there is a real wonder in  the everyday that poetry is perfect for exploring. Go to parties and meet people. Spend time alone, preferably walking. Always say yes to opportunities to share your work or create new work through commissions, it’s important to scare yourself I think, to take risks. It’s easy to think ‘oh I won’t do this gig because I’m not ready’ – for me, that’s exactly the right time to do it. Finally, if you want to start doing it professionally, remember that work breeds work, the best advertisement for your work is you doing it, you never know who might be in the audience and want to book you!

What’s next for you and your writing?

I’m currently making an Arts Council funded one-woman poetry show with my wonderful friend and collaborator, Lucy Allan. We made our first show Melody together and it was a great success so we were keen to do another and were absolutely thrilled to be funded for it, it felt like validation and also, importantly, takes some financial pressure off for a while. It’s in it’s early stages but it’s already very different from Melody which I think is really good, it makes me feel like I’m developing. I’m also developing a new show with the amazing IOU Theatre which will tour in summer 2017. I have ambitions to write a full-length play with other actors (not just me) and have it produced. And I’m starting to write and collect poems for book two, it’s never too soon to start!

Get #AllDamnDay from our webstore now