The new book of motherhood: MILKED (Out now) 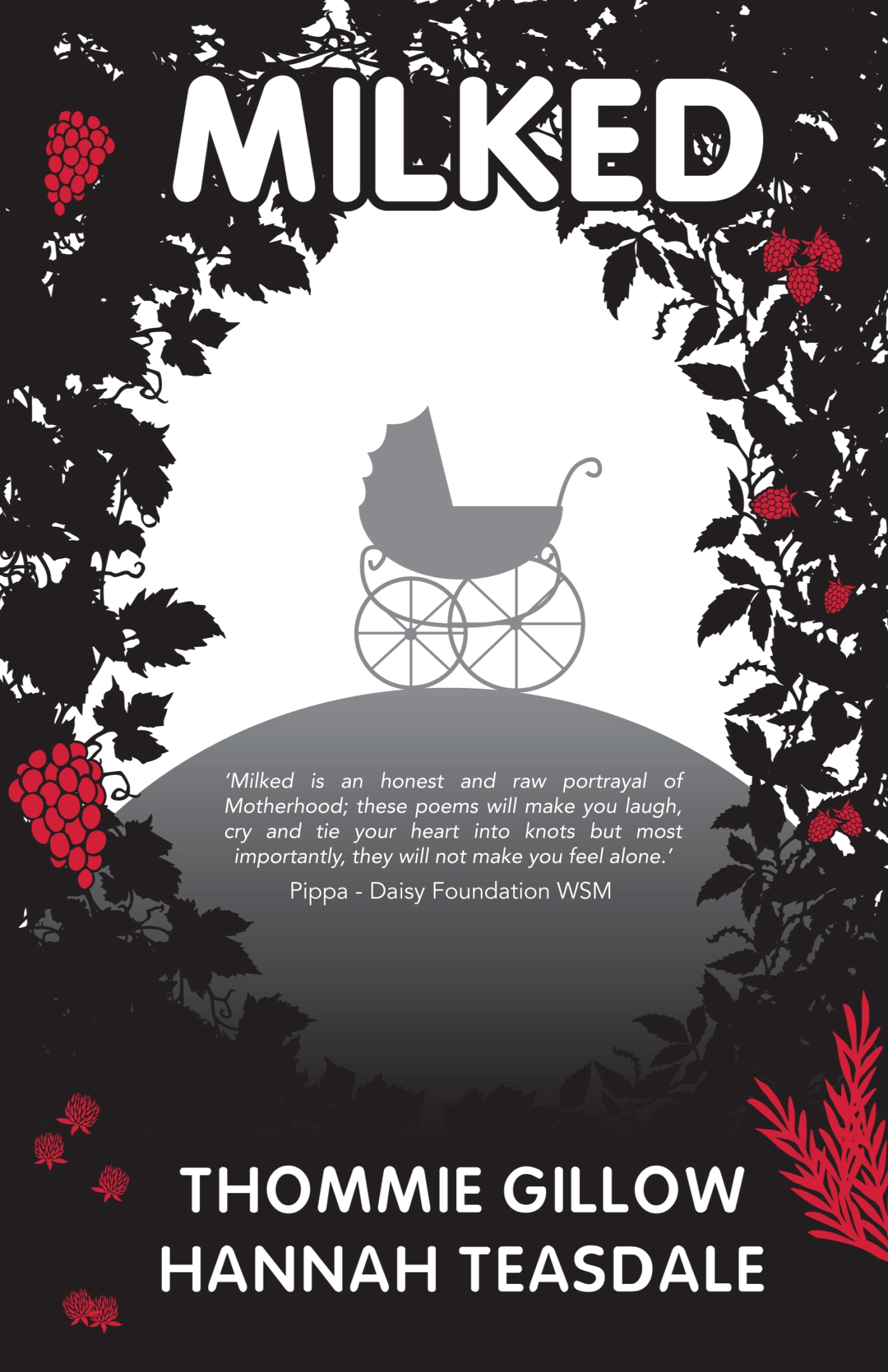 If you’ve been a follower of Burning Eye since the early days you might remember a book we published in 2014 by Thommie Gillow (My Stepmother Tried to Kill Me). Well, Thommie’s back and has teamed up with fellow Burning Eye poet Hannah Teasdale (Laid Bare, 2016) to bring the unsung and underrepresented realities of motherhood to the page.

MILKED explores all aspects of motherhood, from the good, the bad, the smelly, the desperate and all-consuming nature of the role to dealing with older children who have learnt which buttons to press. A brave and honest look at; periods, miscarriages, pregnancies, abortions, postnatal depression and a mother’s love, this book is separated into four sections, pre-conception, miscarriage, pregnancy and birth and then the ensuing parenthood. It draws on their own lives and the lives of those around them, and owes much to every bump they have ever known. Milked for anyone who has ever thought about being a parent: whether successfully, unsuccessfully or with absolute horror at the very idea. It may make you cry or laugh or sing – whatever you do, Hannah and Thommie won’t mind, they’ll blame hormones.

“Intense, subtle, joyful, difficult, specific and open to all – these are poems that stay with you and tug you to return. Sitting on the train, I smiled with recognition. Later, in a cafe I fought back tears. These are open poems, frank and generous. Be careful where you read them. Thank you Thommie and Hannah for writing them down.”
Lydia Towsey

MILKED is now available from our web store