Can You See Where I’m Coming From? by Melanie Branton 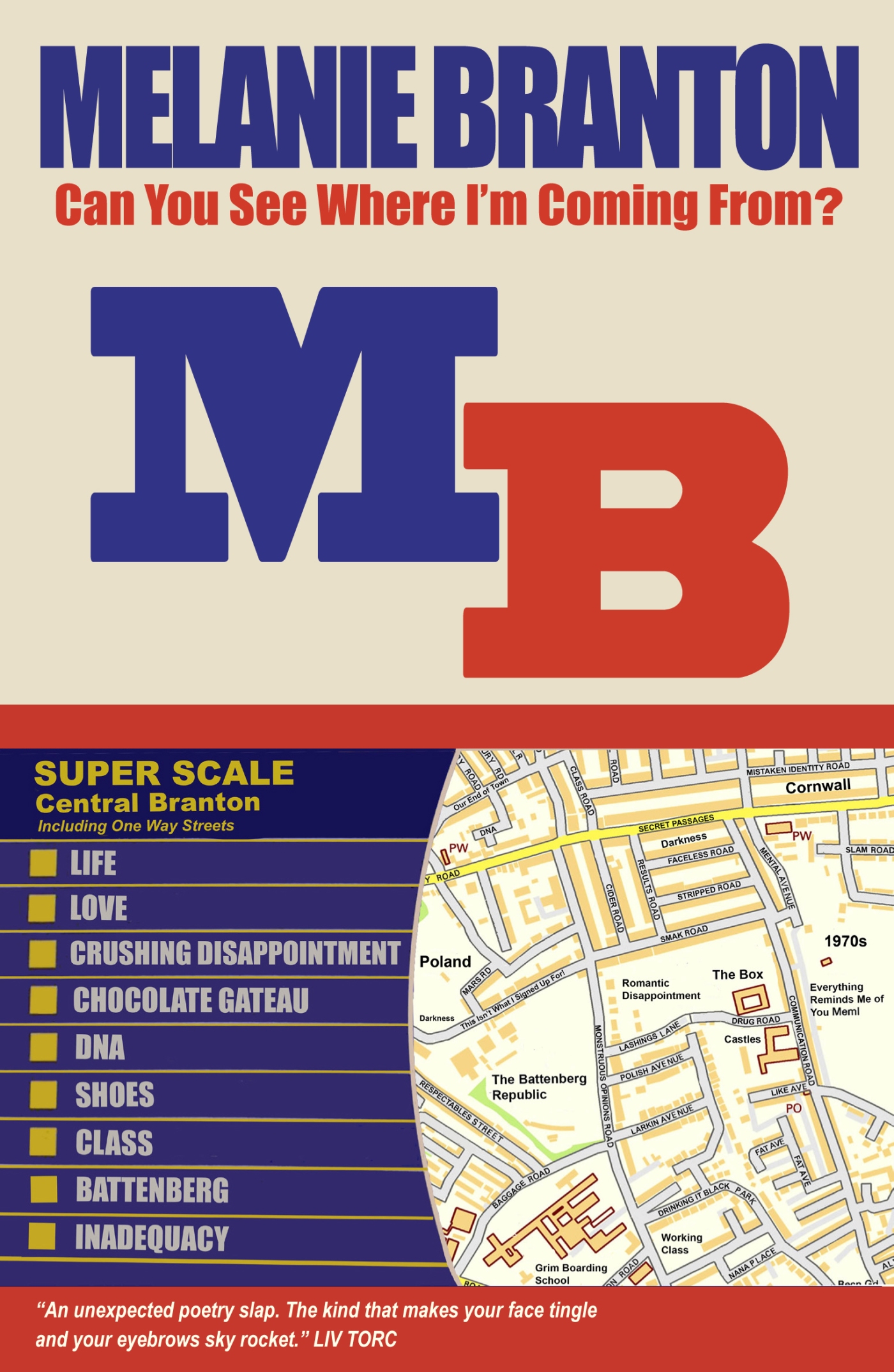 The prodigy of the South West stand up poetry scene, the brilliant and poignant Melanie Branton is HERE with  her brand new collection of performance poetry – Can You See Where I’m Coming From?

Spangles and Space Dust. Overboiled cabbage. Clotted cream. Placki ziemniaczane. Can You See Where I’m Coming From? examines the ingredients that have made Melanie Branton who she is, from a 1970s working-class childhood to a Dickensian boarding school, from bogus Cornishness to a stint teaching in Poland.

You may have already picked up a copy of My Cloth-Eared Heart (Overstep Books) which came out last year and highlights Melanie’s ability to construct well crafted and considered page poetry, and you will find some of artistry in Can You See Where I’m Coming From? plus the dry and truth-telling wit that audiences at poetry slams are most familiar with. It is important to note that in stand up poetry, women are often invisible, and put more work into this niche performance art, without the same recognition as male counterparts (Kate Fox being another example). Melanie’s contribution and style are such an integral part of the south west’s scene that there would be a gap unfilled without her. We are delighted to have Melanie’s hilarious and heart-warming collection part of the Burning Eye portfolio and we hope you enjoy it as much as we do! (If the cover is anything to go by, you surely will!)

Melanie Branton was born in 1968 in Exeter and has worked as a teacher of English and Drama, an assistant theatre director and a full-time carer. She began writing poetry in her forties and took up spoken word in 2014 at the age of 46. She came second in the 2014 Bristol Poetry Festival Slam, won the Bristol regional final of the 2015 Hammer and Tongue slam and has appeared as a featured artist at spoken word nights across the south west, including Rhymewarp and Pucker Poets in Plymouth, Poetry Island and Stanza Extravaganza in Torquay, Taking the Mic in Exeter and Raise the Bar, Milk, Satellite of Love and Hammer and Tongue in Bristol. She is also widely published in online and print poetry journals and her first collection of page poetry, My Cloth-Eared Heart was published by Oversteps Books in 2017.