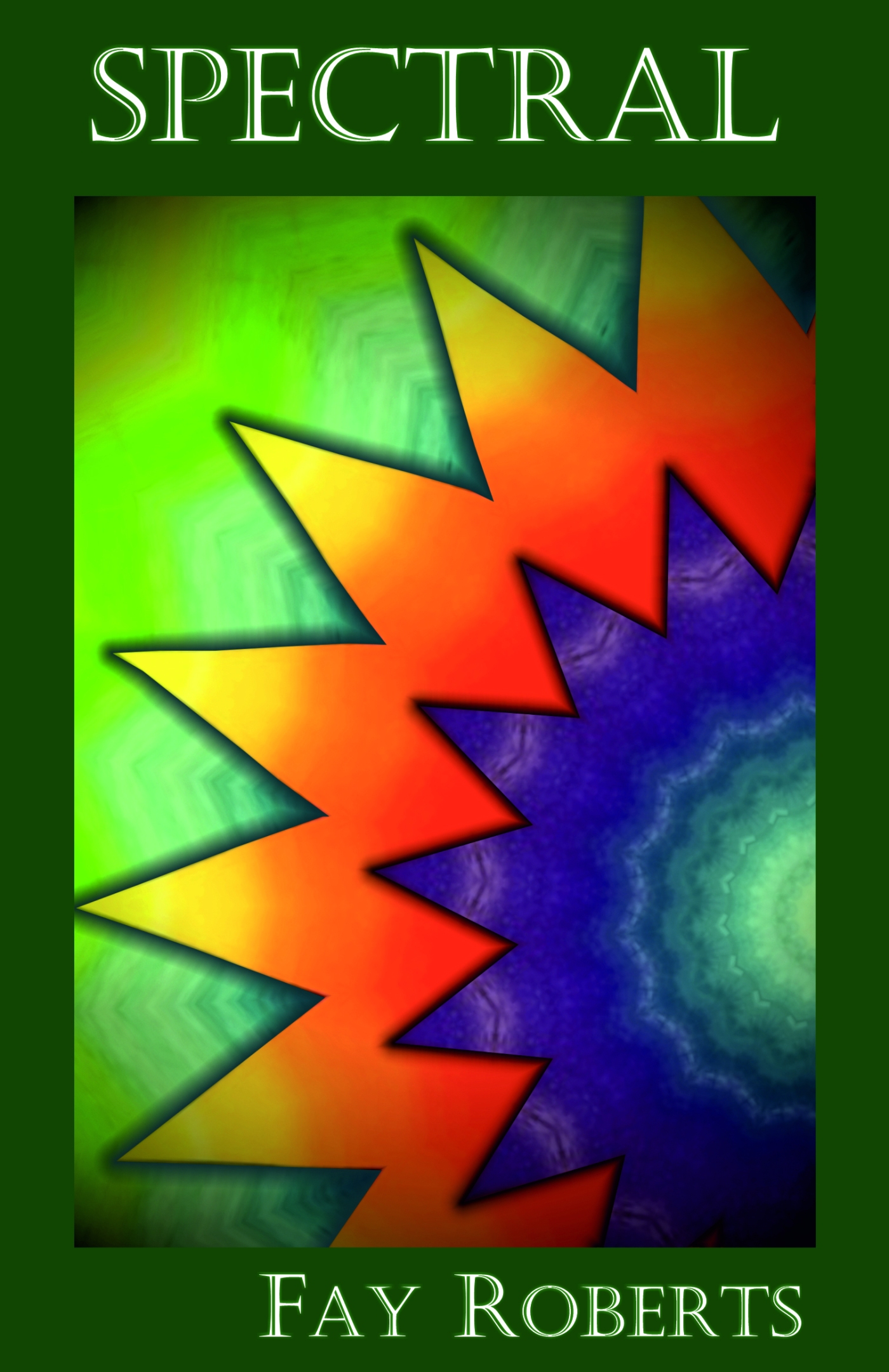 Once in a while a spoken word legend will pop up on our poetry list, and it will begin the production of a true classic. Fay Roberts, a staple of the UK’s rich performance / slam scene, releases one such book – Spectral. Spectral is a masterpiece of Fay’s best work, a greatest hits album on the page for you to begin at any point in the book.

Moving through moods and atmospheres, Spectral is a book intended to be read in a number of different ways:
1. From beginning to end, moving through the blended spectrum of moods laid out in order;
2. As a mood-picker – either finding something to match your feelings from one of the seven main sections, or using something to change your mood to where you would like it to be; or
3. As a pic’n’mix menu of topics, emotions, and poetry forms. The pieces come from a number of places across the years – some of them from NaPoWriMo prompts, some from commissions, some from workshops, others inspired by random book pages, musical sequences, or just turning up without warning. A couple come, inevitably, from this past age of isolation and confinement, and still others are inspired by the wisdom and grace of chosen family.

“Each piece is a waystation on a voyage of discovery to a ‘sky that beckons / ever larger’ and finding ‘brightness, even in the darkest times’”

‘Spectral is a giant brain-swirl of a book, full of moods and tangents but beautifully measured and well-structured. Simultaneously stimulating and calming for my neurodivergent brain! Fay’s brave, quietly-defiant, joyous poems are some of the best of what the spoken word world has to offer and prise apart the binaries to release a world of gloriously sensuous, immersive wordery.’

Born in 1975, Fay is a classically trained singer from Cardiff who has been getting on stages since the early eighties. Ze was bitten by the performance poetry bug in 2006 in Milton Keynes, after a favour to a friend turned into a place in the final of a poetry slam.
Ze helped to run Poetry Kapow! in Milton Keynes from 2007 to 2011 and has been involved with the Cambridge chapter of Hammer & Tongue since 2010. Ze set up Cambridge arts label Allographic in 2011, a live events platform and small press. Ze has been the Artistic Director for Spoken Word at The Free Fringe in Edinburgh since 2013 (mostly collaboratively), and host of critically acclaimed Fringe show Other Voices Spoken Word Cabaret since 2012. In 2014, ze ‘won’ the Edinburgh Fringe Anti-Slam as Melody Starchild. In 2017, zir first solo show, The Selkie, was shortlisted as best spoken word show of 2016–17 for the Saboteur Awards. Ze was Glastonbury Festival Poetry&Words Stage’s official blogger in 2019. Ze has been delivering poetry workshops and courses since 2014, and in 2017 ze accidentally became a voice actor, which sometimes feels like a dream come true. Ze still sings – persistently. Zir work has been described as ‘lyrical’, ‘engaging’, ‘scarily good’, and as ‘musical’, ‘mellifluous’, and ‘mesmerising’.
Fay has performed in pubs, clubs, theatres, tents, malls,ships, museums, galleries, stone circles, squats, haunted houses, stately gardens, and under duvets; in open mic, slams, features, support, English, Welsh, French, BSL, collaboration, competition, and costume across the UK (and worldwide, virtually).